Cancer treatments are becoming more and more effective, but along with the destruction of cancer cells come a lot of extra undesirable effects. More and more it is becoming widely known that chemotherapy patients benefit from smoking marijuana.

Smoking it is not actually necessary though. Eating it in some form seems to be the most beneficial mode of ingestion. Extracts are becoming more frequently made and available which do not produce any feelings on intoxication.

The idea behind chemotherapy began when it was noticed that WWII sailors who had been accidentally exposed to mustard gas had very low white blood cell counts. White blood cells multiply rapidly, as do cancer cells, so doctors began injecting an ingredient from the mustard gas into cancer patients. The doctors reported a rapid and significant improvement, although the effects were short-lived.

Since the mustard gas experiments many much more effective chemotherapy agents have been developed. They help many patients survive or recover completely from cancer, but just as many can benefit from adding cannabinoids to their treatment regimen.

Cannabinoids are the compounds present in cannabis. For many people there is still some degree of taboo surrounding marijuana use, but extracts that are highly effective for relieving sometimes debilitating symptoms often have no THC in them. In other words, they don’t make a person feel “high.”

Some of the side effects associated with chemotherapy which have been shown to be alleviated with marijuana are nausea, vomiting, diarrhea, pain, and lack of appetite. Even so, some of these benefits pale in comparison to other findings about how chemotherapy patients can benefit from marijuana.

In numerous studies it has been found that cannabinoids can actually inhibit cancer cell production and migration. Brain cancer, which is particularly resistant to chemotherapy, creates patients who are even more likely to benefit from medicinal marijuana.  Five studies on brain cancer in which patients were being treated with cannabidiol, a non-psychoactive compound in marijuana, or THC, the psychoactive compound, showed that cancer cell survival, migration, and multiplication decreased significantly with cannabinoid treatment.

The benefits of cannabis have even been established in canines. Some pet owners in efforts to ease the misery their furry friends with cancer were experiencing have tried offering their dogs cannabis and with exciting results. One dog owner said that her dog was no longer vomiting, having diarrhea, or seeming to be in so much pain as she was once again running around like a younger happier dog. 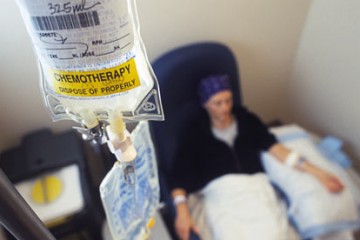