As previously stated, I have no problem with anyone who chooses not to use marijuana for whatever reason. I understand that many consider this, or any intoxicating substance to be “evil”, and I can respect this conviction.

However, I have come to believe that God places a high value on man’s personal liberty and his/her freedom to choose… even those things which may not be life-giving. This is fundamental to the very nature of His Kingdom, which is founded upon love above all else.

Scripture teaches us that love does not demand it’s way and it is not overbearing. It seeks to demonstrate the better way, rather than forcefully oppressing others into a perceived “morally correct” position.

Christ died for freedom sake. He came to set the captives free. Freedom is inherent in the Gospel of the Kingdom, and I have concluded that freedom is a big deal to God because love demands it. This freedom to choose extends all the way to the ultimate choice – to love and serve God or reject Him for eternity.

It is a fact that consequences are often the best teacher. Warning others of bad consequence is certainly an act of love. But physically preventing others, who are mature and of sound mind to make decisions regarding their own personal lives by using the hammer of the law is something that must be carefully weighed. We are not often on solid scriptural ground when we presumptuously believe it to be our righteous duty to force our particular moral convictions upon others using the threat of a jail cell, especially in regards to personal health decisions. This is not the way of love, of Christ and His Kingdom. Yet this is exactly what we do when we oppose medical marijuana legislation.

Is it not hypocritical when conservatives rightfully demand less government interference in their lives while at the same time opposing laws that would provide their suffering neighbors the freedom to use medical cannabis for whatever ailment their doctor deems it to be useful?

Some may believe that permitting others to use marijuana is allowing them to enter into bondage. Let’s assume 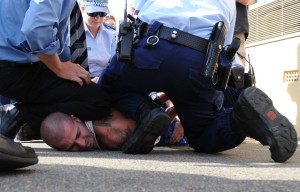 that to be true (though there is no evidence to support this idea). Where is there justification in scripture to stop them, beyond simply warning them of the consequences of their actions? Locking people up in jail alongside of dangerous criminals and giving them a felony record is certainly bringing more harm to them than anything marijuana could do to them. Yet, this happens every 40 seconds in the US, especially to people of color, despite no differential from whites in marijuana usage rates. Hundreds of thousands of lives have been ruined, not by marijuana use, but by being arrested for simply possessing it.  This, my friends, is not love. 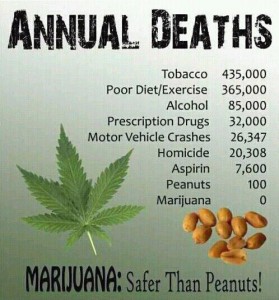 Tens (or likely hundreds) of thousands of people safely use cannabis every day as medicine (and have for at least 5000 years that we know of), yet they are not in bondage to it. Rather, they are using it successfully to be free from pain and misery, and quite often to replace prescription medications, which carry dangerous and unwanted side-effects. This does not make pharmaceutical companies happy, but it makes for happier and healthier patients. Just ask them, or their doctors.

Truth: When anyone stands in the way of desperately ill people from getting the medicine that works for them (by opposing medical marijuana laws), they are not acting in love. In fact they are being cruel and even contributing to the deaths of children who are dying not only from their disease, but from dangerous prescription drugs, when they could be safely using cannabis instead.

It is morally wrong to deny anyone who is suffering the chance of getting relief from their symptoms by standing in opposition to medical marijuana legislation. Christians who do this are not walking in truth, but simply acting out of unfounded fears about marijuana that were created by evil, racist, greedy corporatists and continue to be spread by liars, frauds, and corporations that profit by keeping it illegal.

If it was your child or loved one who was suffering, and the only known medicine that safely gave them relief was cannabis, you would almost certainly want it to be legal in your state.  This is actually the pivotal moment for many people who have a change of heart and come out in favor of legalizing medical cannabis.