Most Americans think that driving while high on marijuana isn’t that dangerous, according to a recent Gallup poll.

About 70 percent of people polled said that people who drive while impaired by marijuana are “not much of a problem” or only a “somewhat serious problem,” whereas just 29 percent said it was a very serious problem.

By contrast, 79 percent of Americans think drivers who are impaired by alcohol are a very serious problem.

Those in the 79 percent group are right about the dangers of alcohol: In 2013, nearly a third of all fatal accidents were caused by alcohol impairment, according to the Centers for Disease Control and Prevention.

But is it really safe to drive while high on marijuana?

Though marijuana does impair driving abilities, there aren’t data that show that it may increase traffic accidents, said Benjamin Hansen, an economist at the University of Oregon in Eugene and at the National Bureau of Economic Research, who has studied marijuana legalization in relation to driving accidents. What’s more, if people who would ordinarily drink and drive instead choose to smoke and drive, that may be safer for the population as a whole, he added.

To be perfectly clear: It’s always safer to drive when you’re not stoned, Hansen said.

A review of 60 studies presented in 1995 at the International Conference on Alcohol, Drugs and Traffic Safety found that marijuana impairs all the cognitive abilities needed for safe driving, including tracking, motor coordination, visual function and divided attention.

The cognitive impairments caused by marijuana are correlated with only modest reductions in driving performance in driving simulations, according to a 2009 study in the American Journal of Addictions.

The tie between marijuana and traffic accidents is even shakier. For example, although a 2010 study in the journal Public Health Reports found that 11 percent of drivers killed in accidents had taken at least one drug, the link to marijuana is unclear. Those drivers were not necessarily using marijuana, and even if they had the drug in their systems, that doesn’t mean they were high at the time of the accident, Hansen said.

There’s no way to measure marijuana with a breathalyzer, so researchers use blood tests, but blood concentrations of marijuana’s active ingredient THC can stay persistently high in chronic users. In traffic-fatality studies, any amount of THC in the blood, no matter how tiny, counts as a positive drug test.

So at least some of the people whose deaths are counted in such studies may not have been high at the time of the accident, Hansen said.

What’s more, some studies suggest marijuana users can effectively compensate for their impairments.

By contrast, people who are slightly stoned may be more risk-averse and overestimate their impairment. For instance, people who have smoked just a third of a joint will say they are impaired, even when driving tests show no such effects, according to a 1993 study by the National Highway Traffic Safety Administration.

And in a 2013 study in the Journal of Law and Economics, Hansen and his colleagues found that in the year after medical marijuana laws were passed, traffic fatalities fell. The sharpest reductions were found in evening accidents and drunk-driving or alcohol-related accidents.

Hansen and his colleagues hypothesized that marijuana may actually be decreasing accidents because more people who would normally be drinking are instead using marijuana. However, it’s tricky to untangle the relationship, as traffic fatalities have been falling nationwide for several years, according to the Insurance institute for Highway Safety. Improved car safety, lower drunk-driving rates overall or other unknown factors could play a role in that decline, according to the National Highway Traffic Safety Administration.

In the Drug and Alcohol Dependence study, within-lane weaving began to occur once the person’s blood levels reached about 13 micrograms of THC per liter of blood. In fact, people with that level of THC had the same level of impairment as people with a blood alcohol content of 0.08 percent, which is the legal limit for alcohol in many states.

But the legal limit for THC in Washington and Colorado is 5 micrograms per liter — less than half the amount found to be impairing in that study. (Smoking a joint typically raises a person’s THC levels to about 20 micrograms per liter, Hansen said.)

The study also found that marijuana and alcohol had an additive effect on impairment, and people frequently consume the two together, so legal drug limits should account for these additive effects, the study found. 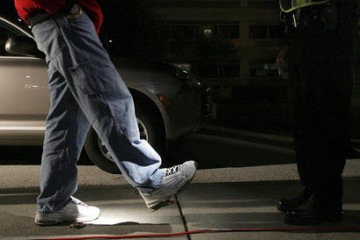 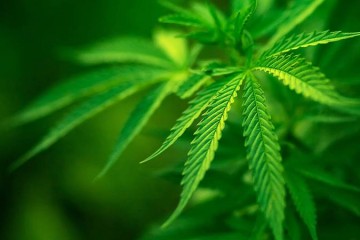