Should the federal government be scheduling marijuana under the Controlled Substances Act?  Jon Gettman makes a strong argument for regulation instead of rescheduling.

HT Editor’s Note: These remarks are a summary of a presentation by the author, Jon Gettman, to the Ninth National Clinical Conference on Cannabis Therapuetics.

After observing the final stages of NORML’s original effort to reschedule marijuana in the late 1980s and early 1990s and leading  two successive efforts to use the rescheduling process to make marijuana available as medicine under the federal Controlled Substances Act during the last 20 years, I know as much about this regulatory framework as anyone.

This is not a matter of “descheduling,” as many have begun to describe it—as this term actually invokes the procedures of the CSA to remove a drug from its regulatory provisions. Instead, cannabis should be removed from the regulatory jurisdiction of the CSA and regulated by new laws modeled on federal regulations for alcohol and tobacco.

There are a lot of reasons for this. First, cannabis is not a drug. Opponents of medical marijuana deride the plant as a crude drug because of the number of cannabinoid chemical compounds it contains… As if this is a bad thing. Actually, this is one of the good things about cannabis; it is an elegant botanical compound.

The history of rescheduling demonstrates why marijuana does not belong in the schedules of the CSA. The NORML rescheduling effort took over two decades because of government opposition. The legal battle produced several court decisions that, in effect, forced the government to complete the statutory process for considering marijuana’s legal status under the CSA. This meant that the government had to formally assess whether marijuana has a high potential for abuse and whether or not it has an accepted medical use in the United States.

One key obstacle to rescheduling is that the federal courts provide the government with a great deal of discretion in making such determinations. As long as the explanation is reasonable and the process is neither arbitrary nor capricious, the government can do what it wants—as long as they can explain why they decided what they have decided.

In 1988, the original NORML petition went before an administrative law judge, Francis Young, who decided that the government’s decision to keep marijuana in Schedule I was indeed unreasonable, arbitrary and capricious. However, the DEA appealed his decision, and the courts eventually ruled in the agency’s favor.

After the discovery of the endocannabinoid receptor system and subsequent research detailing why marijuana has a lower potential for abuse than other drugs (with the crucial support of HIGH TIMES), I filed a new rescheduling petition in 1995. This one was also rejected by the DEA, and the federal courts would not hear our appeal because I was not a medical marijuana patient—and thus was not personally affected by their decision.

In 2002, I organized the Coalition for Rescheduling Cannabis, consisting of several patients and medical marijuana advocacy organizations, and once again, with legal support from HIGH TIMES, filed the third rescheduling petition. This one was also rejected by the DEA, but the U.S. Court of Appeals agreed to hear our case. However, once again, the court ruled in  the DEA’s favor for the same reason as before—the government has discretion to determine what constitutes accepted medical use in the United States.

It would have been nice to win one of these battles. But I had other objectives in mind as well.

The 1995 petition was filed before medical marijuana was legalized in California. At that time, one objective for the petition was to get a ruling that marijuana did not have a high abuse potential and did have medical value. While the petition failed, Proposition 215 achieved that in an influential and profound way. The other objective I had in mind was what in science we call falsification—to either make rescheduling work or to eliminate it as a viable policy option. I think the failure of the government to recognize modern science and adapt law to contemporary research eliminates rescheduling as a way to address the need for legal, regulated medical marijuana.

But let’s back up in time and look at two visionary prophets.

First, consider the sage advice of Lester Grinspoon, a pioneer in publicizing medical marijuana’s therapeutic value. Grinspoon’s long held opinion was, and is, that marijuana should be like aspirin, inexpensive and widely available. This should be the goal of public policy, and advocacy, today.

What is the purpose of the Controlled Substances Act? The purpose of the CSA is to produce a closed regulatory system. So, let’s consider an observation from the 1970s by a widely respected scholar about drug control systems. John Kaplan published a chapter in a book about drug control with a prescient observation. (The citation is contained in a recent article by this author and Michael Kennedy on modern cannabis regulation.) Kaplan observed that closed systems don’t work if you cannot effectively control the technology of production.

Prohibition has failed, and the country is moving toward marijuana’s legalization. This failure is due in large part to the government’s difficulty in controlling the technology of growing cannabis. The CSA is not a viable regulatory framework for medical cannabis because it is impossible to set up a closed system. It is just too easy to grow cannabis, anywhere in the United States.

Another problem is that the controls required by the CSA are more stringent than what currently exist in many states. America has already moved past the CSA paradigm, and it is time that the government, politicians and advocates recognize this.

The CSA and, for that matter, the regulatory process of the Food and Drug Administration is a sound piece of public policy. Both regulatory frameworks provide necessary protection for consumers with respect to safety and proving the effectiveness of pharmaceutical products. These frameworks also protect capital investment in research and development to produce pharmaceutical products. But they are inadequate and unnecessary with respect to the elegant botanical compound we call cannabis.

Regulatory law should not be used to inflate consumer costs—nor should the primary goal be to protect corporate profits or to guarantee tax revenue streams for the government. Indeed, inflated prices for marijuana serve to subsidize the current black market and exacerbate the very problems legalization seeks to resolve.

Rescheduling, at this point in time, is a cop-out.

It is an inadequate response to a pressing conflict between state and federal law. Marijuana should be removed from the schedules and regulated like alcohol and tobacco. The nation needs to heed the lessons of the past. As Kaplan observed, closed systems do not work when production cannot be controlled. More important, Lester Grinspoon was right. Marijuana should be like aspirin, inexpensive and widely available for therapeutic use. 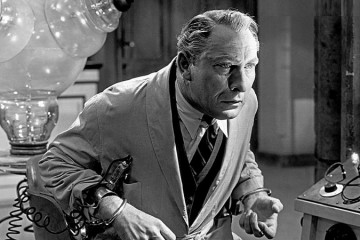 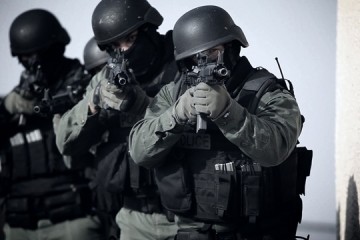