Marijuana and its use has been studied over the course of the last few decades more so than even many leading FDA-approved pharmaceutical drugs, with researchers categorizing the effects of marijuana to a much greater degree than many of the pharmaceutical drugs you or your family may currently be taking.

In a revelation that really demonstrates our scientific focus in the United States, where marijuana is still considered by federal law to be a dangerous and illegal substance placed in the same class as hard drugs like heroin, even mainstream media publications have begun calling out the strange doctrine of the medical community that pushes pharma drugs on the public at warp speed. This, all while scoffing at the use of ‘no high’ marijuana alternatives like the juicing of cannabis oil.

A quick search within the PubMed National Library of Medicine database for ‘marijuana’ turns up a host of studies, highlighting every aspect imaginable regarding the plant in its many forms. Some advocacy websites have even compiled hundreds of studies in an easy-to-read format surrounding marijuana, which has led numerous journalists to ask the obvious question: “why are we spending so much time researching an illegal drug for its numerous benefits while stamping side-effect-riddled drugs with the FDA stamp of approval with far less research?”

An analysis of 200 FDA-backed pharmaceutical drugs even found that almost 33% of approved drugs were granted the approval over a single piece of clinical study.

And to be clear, the uses of the cannabis plant far extend beyond ‘getting high’ — to the degree that it was ultimately ruled to be illegal in all forms thanks to mega billion dollar corporations fearing its many uses that extend even into the realm of construction and agriculture. Because, as you are probably aware, industrial-grade hemp (a high-growing variety of cannabis) can be used in protein shakes, building materials, oils used for the prevention and treatment of disease, and actually does not get you high.

In fact, it’s ultra rich in fiber and is all around an amazing superfood. Even sources like the Livestrong foundation agree that hemp packs a powerful fiber-based punch of protein and essential nutrients that can enhance your overall health, reporting:

“Fiber is a nutrient many Americans do not get enough of in their diet, according to the Dietary Guidelines. Women need 25 grams of fiber a day, and men 38 grams. Whole hemp seeds are comprised of 10 to 15 percent fiber, or about 1 gram per 3 tablespoons. Fiber in food like hemp seeds improves bowel function by helping prevent constipation. The fiber also increases feelings of fullness so you eat less.”

When considering that the average  drug label contains 70 side effects, and have not been thoroughly studied for long-term effects in many cases, it’s easy to see the scientific oddity that exists around the use of non-THC containing hemp (at the very least). Many popular pharmaceuticals have even been found to contain 100 to 125. Some pharma drugs come with over 525 negative reactions.

Ritalin, for example, has been linked to conditions including:

As the realization within the United States comes into focus surrounding the practical and health-related uses of marijuana, especially in its ‘no high’ non-THC form that only serves to enhance one’s health and state, it’s becoming more clear than ever that a serious role exists for hemp within the US and beyond. 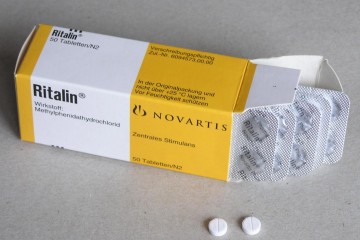