“As scientists, indeed, as intellectuals, we should try always to be skeptical.” Just imagine: What if the cannabis plant and its astonishing range of healing properties had been suddenly discovered today in a remote forest? The find would send seismic shockwaves blasting through the scientific community overnight. The plant would immediately come under frantically intense study in every nation on earth, and the person who first identified the active compounds would be revered as an inspiring icon of medical science, forever.

“The Scientist” is a documentary that traces the story of Dr. Mechoulam from his early days…. 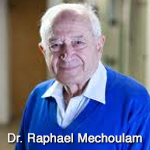 Well, thanks to politics, 10,000 years later the global scientific embrace of the humble and spectacularly versatile ‘miracle plant’ has yet to transpire. But at least, thanks to The Scientist from Zach Klein and Y. Klinik Productions, we still get to know in marvelous depth our inspiring medical icon—and to revel in his fascinating and unlikely journey of discovery spanning nearly half a century.

Klein’s 2009 debut Prescribed Grass documented the stunning success of cannabis therapy so thoroughly, it prompted health officials in Israel to launch what is now the world’s largest state-sponsored medical cannabis program. He has followed up that effort with what should be regarded as the frontrunner for 2015 Documentary of the Year. The Scientist is a compelling masterpiece that chronicles the life and times of famed Israeli biochemist Raphael Mechoulam, Ph.D., who is hailed as the “grandfather of cannabis research”.

Dr. Mechoulam explains it as a matter of convenience: “With a small budget, you have to pick a topic not already being pursued by any major research groups.” Having done his doctoral dissertation on natural products related to biological problems, figuring out what makes cannabis work was a “natural” fit for him. He was, true to his word, skeptical—of the wildly divergent claims made about the effects of cannabis. He decided to learn the truth. First he identified the chemical structure of CBD and THC (cannabidiol and tetrahydrocannabinol) in 1963 and 1964, respectively. Then in 1988 came the next important discovery: Our brains and bodies have specific receptors for cannabis molecules.

But why? Dr. Mechoulam’s team reasoned that if we have receptors, they couldn’t have evolved just to receive molecules from a single species of plant; we must make our own cannabis internally. The hunt began for human-generated cannabis molecules, and in 1992 the first was revealed: anandamide, regulator of the immune and nervous systems.

Two years later, Dr. Mechoulam’s fourth major discovery rocked the biomedical world: an entirely new body system. It is no overstatement to say the endocannabinoid system is equally vital as the neurological, or endocrine, or any of our other biological systems, and that knowledge of its existence could, and should, change the field of medicine drastically and permanently. Astonishingly, every process in every cell of our bodies is mediated in some way by our own cannabinoids acting on receptors. And those receptors are also susceptible to activation by careful application of external cannabinoids from the cannabis plant.

Why is this film important?

It’s rarely difficult to overstate the importance of a film; enthusiastic reviewers do it all the time. In this case, though, it could actually be impossible. If enough of the right people see it, and they eventually cause enough countries to legalize the plant, it could fundamentally transform the world in numerous, enormously positive ways—medical, agricultural, social, and financial among them. We “don’t even know what we don’t know” about cannabis, our internal cannabinoid system, and how they could potentially be the master keys to human health and disease.

Science could be on the brink of learning how to use our endocannabinoid system to finally gain the upper hand over illness in general. And all progress made toward that goal will be directly attributable to Dr. Mechoulam, making his story all the more significant. The Scientist will only keep getting more and more important as cannabis researchers like Dr. Mechoulam and the other trailblazing scientists we meet in the film continue to reveal the plant’s wonders and change the world of medicine. It should be viewed by everyone who cares about human health and well-being.

To watch this film is to feel vindicated. We’ve all been force-fed far more fear than facts about cannabis, but those who consume it have known the truth all along. We know from experience that it’s mostly innocuous. After consuming it, you can still walk, talk, dress yourself. Neither we nor anyone we know ever has violent withdrawal seizures, gets stoned and then wrecks their car at 120 mph, or mugs little old ladies to buy a joint. It’s better for you than some substances that are legal, like tobacco, pharmaceutical drugs, even cola drinks. And now we find out that in many cases, the non-toxic veggie can also, conveniently, cure little kids of epilepsy and cancer. That’s check, and mate. Being right isn’t everything, but it sure does feel…right.

To watch this film is to feel stirred. To wonder: Why are this man and his team’s towering scientific achievements largely ignored by the western medical establishment, laws unchanged, suffering patients left without the natural medicine they need? What if more people knew that their entire body literally runs on cannabis—that without it they would not exist? Shouldn’t our farms be revitalized with this versatile, mega-cash crop? What if ordinary citizens could help the American entrepreneur cannabis farmer to finance farmland and equipment, through crowdsourcing?

To watch this film is to feel inspired. Inspired to learn more. To share more. To feel better about suffering the stigma society has falsely linked to cannabis consumption. To free those forced to hide in fear in order to obtain natural medicine for themselves or for their child. Inspired to do something about it.

To watch this film is to feel uplifted. The music and animation are pleasing, thoughtful, and appropriately unobtrusive. Dr. Mechoulam’s heart and humanity pour onto the screen in rich textures. And there is some transcendent camera work that captures a serendipitous, silent interaction between the scientist, onstage receiving an honorary doctorate, and a family member in the audience: a cute little girl, smiling and waving and finally greeting him with a big hug. The spontaneous moment sparkles with a genuine warmth so epic it aches.

Dr. Mechoulam advises always being skeptical, so…see for yourself. The Scientist will make you feel good, like a film about a man saving the world from ill health should. Enjoy it, and above all share it with everyone you know. 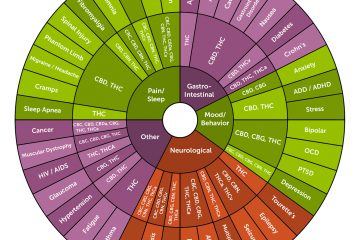 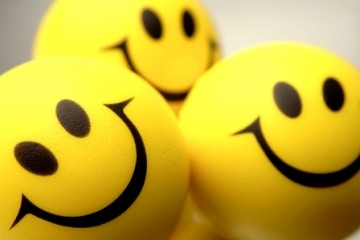 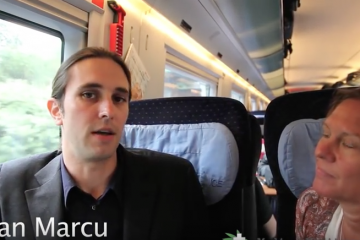 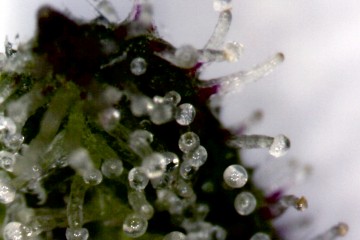