“I have been a practicing physician in the Chicagoland area for more than 30 years, with a specialty in pain medicine. A recent report from the Centers for Disease Control and Prevention draws attention to the fact that Illinois must allow patients the opportunity to choose cannabis over highly addictive and sometimes deadly prescription drugs. Opioids and narcotics remain the primary drugs for treating chronic pain despite their dangerous side effects. According to the CDC, 46 people die each day from prescription drug painkiller overdose, and health care providers wrote 259 million prescriptions for painkillers in 2012 — enough for every American adult to have a bottle of narcotics. This epidemic is disproportionately impacting women with a more than 400 percent increase in painkiller overdose deaths since 1999. Cannabis has a critical role in treating pain, minimal toxicity and presently no risk of lethal overdose. THC, the active ingredient of cannabis, has been shown to be anti-inflammatory, and there are cannabinoids receptors in the same areas of the brain that are shown to have changes in chronic pain.”

“‘Cannabinoids for Medical Use,’ written in 2015 by The Journal of the American Medical Association, reports there was a 30 percent reduction of pain with the use of cannabinoids. Additionally, these patients reported a decrease in the use of narcotics. Furthermore, “Cannabinergic Pain Medicine,” written in 2012 in the Clinical Journal of Pain, reports 71 percent of the studies found cannabinoids were associated with pain-relieving effects. Like all present medication, cannabinoids are not the cure for chronic pain. However, it is a highly effective pain management tool that is a safer alternative to many prescription drugs. I call on the Illinois Department of Public Health and Gov. Bruce Rauner to allow physicians the opportunity to use medical cannabis as an effective treatment option.” 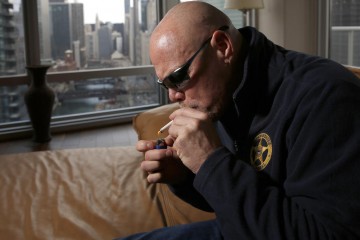 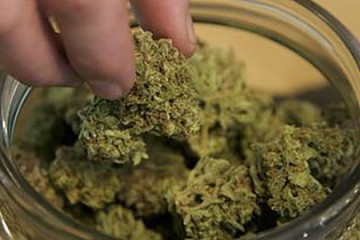