McMahon was in Chicago this week, where he attended Tuesday’s Bears reunion marking the 30th anniversary of their Super Bowl victory. He was also featured in an ESPN “30 for 30” screening of a documentary about the team, which includes a focus on his health struggles.

Now 56, McMahon has been plagued by debilitating health problems following his 15-year career and multiple concussions in the National Football League. He has been diagnosed with early onset dementia and has severe headaches, depression, memory loss, and vision and speech problems. He also said he suffered a broken neck.

As a result, he joined a pending class-action lawsuit accusing the NFL of negligence and misconduct in handling concussions.

Since going public with his health issues, McMahon said he has recently been feeling significantly better after chiropractic neck treatments to relieve the pressure.

But the key to getting off the prescription narcotic painkillers he took throughout his career, he said, was medical marijuana.

McMahon got his medical marijuana card in Arizona, where he lives, after it was approved by a voter referendum in 2010. Before that, he said, he’d been taking 100 Percocet pills a month for pain in his shoulders, neck and arms.

“They were doing more harm than good,” he said. “This medical marijuana has been a godsend. It relieves me of the pain — or thinking about it, anyway.“

On a typical day, McMahon will smoke marijuana in the morning to help him get up, a little in the afternoon depending on how he feels, and before bed, saying he couldn’t sleep without it.

He prefers the indica strain for its higher content of THC, the part of the plant that gets users high. But he says he maintains a clear head without the “fuzziness” he got from pain pills.

The former “punky QB” said he initially tried to get into the medical marijuana business, but it didn’t work out. Though his interview was arranged through a representative from Cresco Labs, which grows and sells medical marijuana in Illinois, McMahon said he has no financial ties to the industry, but went public to help other people who are suffering.

His comments come as Illinois Gov. Bruce Rauner considers whether to approve eight more medical conditions to add to the list of about 40 that qualify for medical marijuana here. A state advisory board recommended adding the new conditions, including pain that doesn’t respond to conventional treatment.

The majority of patients in some other states that have legalized medical marijuana, like California and Colorado, qualify to use it to treat pain. But Illinois, which has perhaps the strictest law allowing medical marijuana in the nation, does not allow it for pain, as lawmakers have expressed concerns that the category is too broad and vague and would allow for abuse.

And despite McMahon’s endorsement, marijuana is not recommended for medicinal use by the American Medical Association, among others. Some critics worry that marijuana may merely replace one drug with another, or be used in combination.

But while prescription painkillers have caused what authorities call an “epidemic” — deaths linked to the drugs quadrupled from 1999 to 2013, with more than 22,000 deaths that year, according to the Centers for Disease Control and Prevention — it is considered virtually impossible to reach fatally toxic levels of marijuana alone.

Still, regular cannabis use has been shown to cause cognitive impairment, particularly in adolescents. Many doctors oppose smoking any drug, because of the damage it causes the lungs, though marijuana also can be eaten, vaporized or taken as an oil or lotion.

Advocates and critics agree research on marijuana is lacking, but it has shown some effectiveness for pain relief.

After reviewing conflicting studies, the Institute of Medicine concluded in 1999 that marijuana’s components can provide mild to moderate relief from pain, comparable to codeine.

The National Academy of Sciences reported that cannabinoids, the active ingredients in marijuana, have shown significant but not conclusive promise for pain relief, particularly in cancer patients. 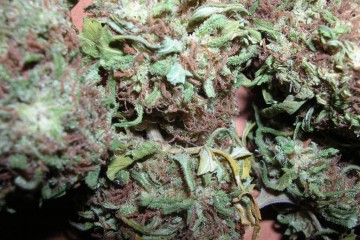 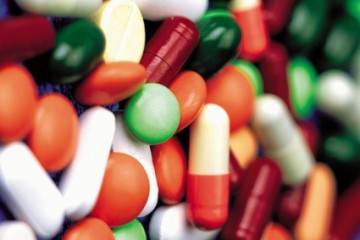