As legalizing and decriminalizing marijuana becomes increasingly common among U.S. states, many are left wondering: Is smoking pot actually harmful to developing brains?

The claim: Smoking marijuana does not make teenagers stupid, concludes a study in the current Proceedings of the National Academy of Sciences, contrary to other research that linked getting stoned to impaired cognitive function in adolescents.

The backstory: Research on how marijuana affects the developing brain goes back decades, but has heated up as more U.S. states decriminalize or legalize the drug for adults. According to 2015 government data, 15 percent of 10th graders and 21 percent of 12th graders have used marijuana in the past month.

Most studies have compared marijuana users to non-users at a single point in time, and so can’t assess how marijuana changes brain function over the years; any observed differences might have always existed, marijuana or not. And all the studies have been observational — assigning some people to smoke marijuana and others to abstain would yield cleaner results but is obviously unethical. Given those limitations, it almost doesn’t matter what the studies have found, but here’s a sampling: marijuana use is associated with decreased intelligence, a 2007 study from New Zealand found; or with poorer memory, according to a 1996 study of Costa Rican men and a 2002 US study of long-term users; or with poorer attention and verbal skills, a 2010 study reported. Other studies, but fewer, find no long-term association between marijuana and IQ, like this one from Canada in 2005 and this 2004 research on twins by scientists at Boston University.

In a key paper from 2012 — it was the largest and longest-running study to date, testing 1,037 people at age 13 and 38 — scientists at Duke University found a dramatic drop in intelligence among long-term marijuana users “suggestive of a neurotoxic effect of cannabis on the adolescent brain,” they wrote in PNAS.

As is often the case, even reputable researchers publishing in reputable journals run roughshod over the difference between correlation (two phenomena go together) and causation (one causes the other). One 2015 paper declared that “regular cannabis use in adolescence approximately doubles the risks of … cognitive impairment.” No: At most, such use is associated with impairment. Observational research cannot rule out the possibility that a third factor causes both cognitive decline and marijuana use.

First take: The new PNAS study is also observational, but with an important twist: It zeroes in on that “third factor” possibility by studying twins, 789 in California and 2,277 in Minnesota. The twins underwent standard intelligence tests at ages 9 to 12 and again at 17 to 20, and reported whether or not they smoked marijuana (60 percent in California and 36 percent in Minnesota did). In hundreds of cases, one twin smoked and the other didn’t.

Overall, users’ IQ dropped 4 points relative to non-users over the study period. But more frequent marijuana use wasn’t associated with greater IQ decline, as you’d expect if marijuana were toxic to brain function. And measures of so-called inherent intelligence, like problem-solving, didn’t fall in users; on some measures, like puzzle-solving, scores actually rose. That also undermines the idea that marijuana impairs cognition. Instead, said co-author Joshua Isen of the University of Minnesota, it suggests that something was going on “in how much information they were absorbing,” which can reflect truancy, conscientiousness, and other factors apart from inherent cognitive ability and brain function.

The strongest evidence against the idea that marijuana is neurotoxic was that marijuana-using twins showed no greater IQ decline than their non-using siblings. “This fails to support the implication of the [2012] study that adolescent use of marijuana causes neurocognitive declines,” the researchers wrote in PNAS. Instead, it suggests that any drop in brain function is not from the drug but from “factors that underlie both marijuana initiation and low intellectual attainment” and are present in both twins’ lives.

That is, whatever spurred teenagers to start using also hurt their IQ.

Second take: Although the findings challenge the idea that marijuana use hurts cognitive ability, it’s not the final word. If the drug has only a minor effect, this study might have been too small to find it. And since the researchers didn’t measure working memory or executive function (judgment, decision-making ability, and other higher cognitive skills), they couldn’t rule out marijuana’s effect on those. Also, some twins dropped out of the research; if they were greater users than those who stayed, the study would have missed a possible effect of heavy marijuana use.

The takeaway: This study can’t rule out the possibility that marijuana hurts teenagers’ brains, especially in ways that show up only after decades. But it undermines claims that it does. 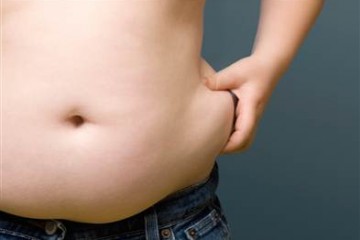