The National Highway Traffic Safety Administration (NHTSA) released the results of the 2013-2014 National Roadside Survey of Alcohol and Drug Use by Drivers, a report which analyzes the risk of crash associated with driving under the influence of alcohol, marijuana and other drugs. The 2013-2014 survey reported that drivers under the influence of cannabis are no more likely to crash than sober drivers.

This anonymous and voluntary survey sampled more than 9,000 drivers in 300 locations throughout America. This is the fifth year that the alcohol portion of the study has been conducted since 1973, but only the second time that legal and illegal drugs have been included.

The effects of marijuana legalization on road safety has been a great concern in media coverage. Due to a lack of research, scientific evidence on the safety risks associated with marijuana use and driving is lacking. The ability to test drivers for sobriety is nearly impossible when it comes to marijuana use because it cannot be tested on the breath like alcohol.

There is at least one company in Colorado working to develop a breath test that can detect marijuana within a few hours of smoking, but even that would only work if the person had smoked, not if a person ingested a marijuana edible.

This kind of test does not have the same meaning for cannabis consumption anyway because the number of residual THC molecules in the body do not correlate with impairment in the same manner as alcohol. A person will still have a detectable amount of marijuana cannabinoids in their system for days, weeks or even months after using. This is because cannabinoids like THC remain in the body long after the psychoactive effects have worn off. The report explains,

“Most psychoactive drugs are chemically complex molecules, whose absorption, action, and elimination from the body are difficult to predict, and considerable differences exist between individuals with regard to the rates with which these processes occur. Alcohol, in comparison, is more predictable.”

The results of the study are shown in the graph below. Once all adjustments, the only significantly measurable difference is found when alcohol is present. The risk of crashing is almost seven times higher when driving under the influence of alcohol with a blood alcohol content (BAC) of 0.05 or higher.

However, the study found no significant increase in risk of crash when marijuana, painkillers, stimulants or antidepressant are present in the body.

As the legalization trend continues throughout the United States, hopefully we will learn more about how driving while still feeling the psychoactive effects of cannabis relates to reaction times behind the wheel. With cannabis currently being a Schedule I drug under the Controlled Substances Act 1970, researchers have difficulty gaining permission to study the plant because it is classified as having “no recognized medicinal use in the United States.” 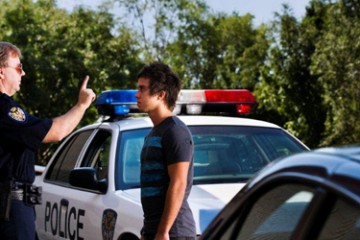